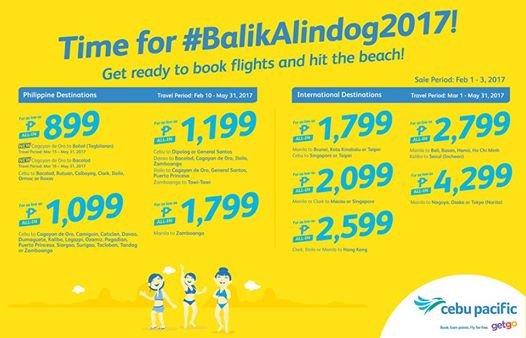 Cebu Pacific Promo: Book all you want this Cebu Pacific SEAT SALE 899 All-In Fare 2017. Exciting things are in store for everyJuan in the Year of the Rooster! Book online at official website of Cebu Pacific to avail this promo or Book at CHEAP FLIGHTS to get more discounts on different airlines.

For as low as P1,199 All In ALL-IN FARE
Cebu to Dipolog or General Santos
Davao to Bacolod, Iloilo or Zamboanga
Iloilo to Cagayan de Oro, General Santos or Puerto Princesa
Zamboanga to Tawi-tawi

For as low as P1,799 All In ALL-IN FARE
Manila to Zamboanga 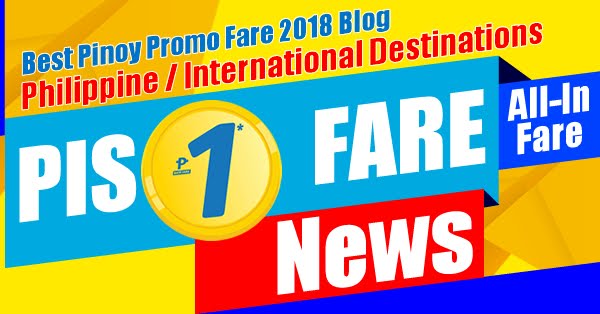